HR 5698 passed the House of Representatives yesterday by a not-even-close vote of 382-35.  This “Protect and Serve Act” provides Federal penalties for people who deliberately target local, state, and Federal law enforcement officers with violence.  The press release from the Fraternal Order of Police on the passage of this bill mentioned a report issued by the FBI called The Assailant Study – Mindsets and Behaviors.  In this study, the FBI examined the assailants in 50 of the 53 police deaths which occurred in 2016.  (The other three incidents were not included in the study because those cop-killers were charged as minors.)  They discovered these 50 criminals had some interesting characteristics in common:

Aside from these commonalities, the most interesting info in this report to me was that these cop-killers “inspired by social and/or political reasons believed that attacking police officers was their way to ‘get justice’ for those who had been, in their view, unjustly killed by law enforcement.”

Alton Sterling was killed by two Baton Rouge officers.  Video from the incident was released and the media fire-storm erupted.  We saw body-cam video, cell-phone video, security-camera video and we heard the media report that Sterling was all but a choir boy.  Friends and family described him as “gregarious”, “a people-person”, and “good at his work”.  (That work by the way was selling boot-leg CD’s on the street and having sex with minors.)  Obama weighed in on the issue and fanned the flame by saying that “Americans should feel outraged at episodes of police brutality since they’re rooted in long-simmering racial discord.”  (Hey…thanks for the words of encouragement, Mr. President.)

Michael Brown was killed by a Ferguson police officer.  Video, audio, and a plethora of less-than-stellar eye witnesses came out.  “Big Mike” was described as a “gentle giant”, “funny, silly,” “timid”, “not the type to fight”.   The rest of the story would indicate that Big Mike was potentially a gang-member, a Swisher Sweets thief, a thug.  (I think Swisher Sweets have been the down-fall of many a good man.)  Queen Bey read the family’s statement after the shooting and Obama stated “As Americans, we’ve got to use this moment to seek out our shared humanity that’s been laid bare by this moment. The potential of a young man and the sorrows of parents, the frustrations of a community, the ideals that we hold as one united American family.”  (And, again…thanks for your support of the law enforcement community.)

Philando Castile was killed by a St. Anthony, Minn. Police officer while his girlfriend live-streamed a Facebook video immediately after the shooting.  Castile, while apparently not a hardened criminal, had at least 55 traffic violations, had had his DL revoked, and reportedly had THC in his system at the time of death.  He also had a gun.   Castile…aka Chedda Phil…was a “good man”, a “hard-working man”.  He served lunches at a magnet school.   As usual, Obama had a few things to say about this incident as well: “I actually genuinely, truly believe that the vast majority of American people see this as a problem that we should all care about. And I would just ask those who question the sincerity or the legitimacy of protests and vigils and expressions of outrage, who somehow label those expressions of outrage as quote- unquote, “political correctness,” I just ask folks to step back and think, what if this happened to somebody in your family?”  (Once again…thank you, thank you, and thank you.)

So, it seems cop-killers feel like they are justified in their killings.  They are making a political statement and taking a stand.  They have received the message – loud and clear- from our media, our celebrities, and our previous leader.  They seem to feel they have the right to kill police officers and may even be immortalized for doing such a good deed.  They want to vindicate the good names of Sterling, Brown, Castile, and the likes.

It’s about time to take a different approach.  It’s about time for political leadership to take a stand FOR law enforcement.  It’s about time for the President to send a different message to cop-killers.  President Trump spoke at the National Peace Officer’s Memorial Service on Tuesday and said “We must stand up for our police.  We must confront and condemn dangerous, anti-police prejudice.  So, we must show appreciation, gratitude, and respect for those who police our streets and patrol our communities.”  On Wednesday, HR 5698 passed through the House of Representatives.

Interested in knowing who voted AGAINST the Protect and Serve Act?  Check out the vote details. 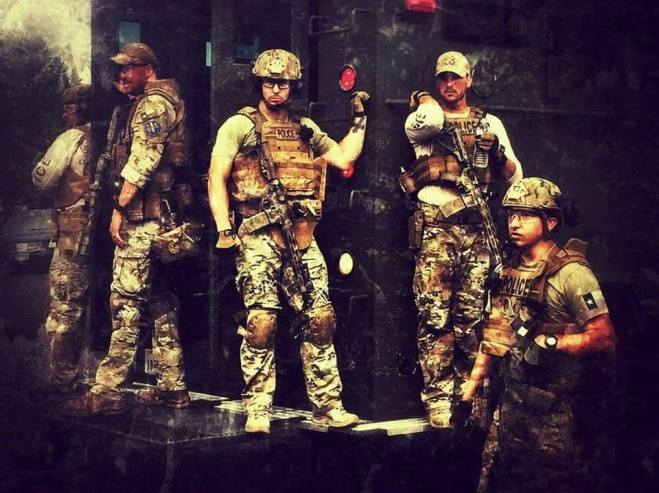